Nearly 90% of Washington D.C’s gas stations are out of fuel | Daily Mail Online 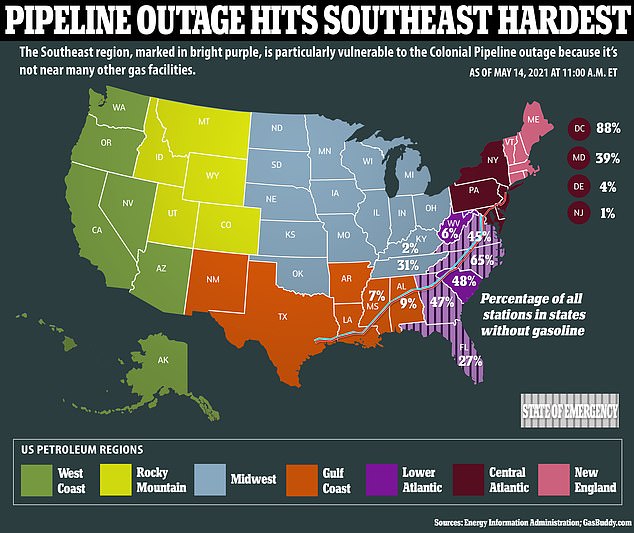 Nearly 90 percent of Washington DC’s gas stations had run out of fuel by FridayIt came despite Colonial Pipeline ramping up deliveries in the wake of the cyberattack that shut down its system for six days   Widespread panic buying is still ongoing, which has left filling stations across the Southeast out of gas – even in areas far from the pipelineThe average national gasoline price climbed to almost $3.04 on Friday, which the most expensive since October 2014   DarkSide, the Russian-based group responsible for the attack that crippled the pipeline, has since claimed they would be shutting down They claimed the closure was because of pressure from the US government and probing from law enforcement President Biden on Thursday vowed the US would take measures to disrupt the ability of cyber criminal groups