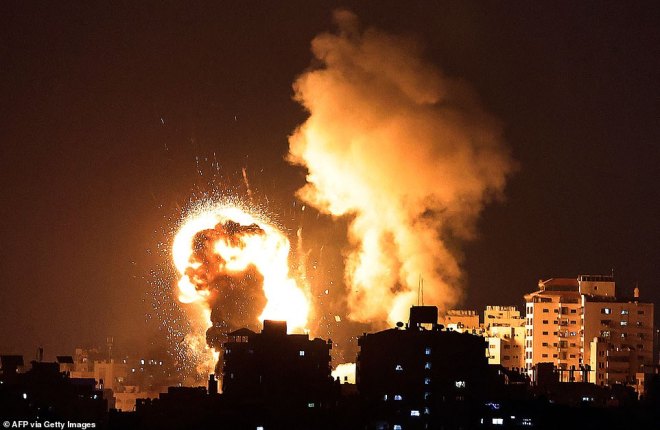 ‘We will not tolerate attacks on our territory, our capital, our citizens and our soldiers. Those who attack us will pay a heavy price.’Israel’s army said 150 rockets had been launched from Gaza, dozens of which were intercepted by the Iron Dome Aerial Defence System, with no casualties reported.